The sun has only just

Sunken below the ridge

When the little screech owl

(poorly named as it doesn’t screech at all)

Announcing that the sun is gone;

The night games can begin.

Perhaps in the big sycamore.

No bigger than my fist, invisible in the gloaming

That’s fine-I don’t need to see him to

Calling the tree frogs out to sing.

The snakes have gone to ground.

Raccoons and possums shake off the days’ slumber.

Finches and towhees give way to swallows dipping and diving

After mayflies and skeeters.

Then the bats join the dance-flickering blindly in

Four directions at once.

Bull frogs thump, thump in the weeds while

Coyotes yip and bobcats cough and deer are free to

Venus has just risen in the pearl gray sky when

An otter snags a catfish and curls on a rock to feast.

Stars awaken and the

We’ll fill your dreams, it says, with the music of the ages. 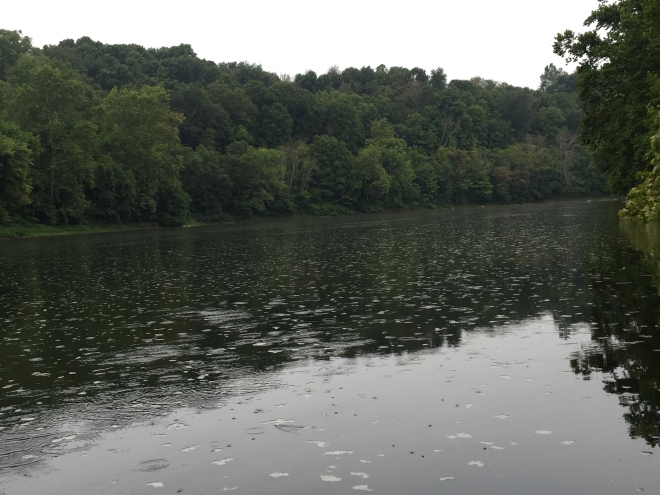 “When this twentieth century of ours became obsessed with a passion for mere size, what was lost sight of was the ancient wisdom that the emotions have their own standards of judgment and their own sense of scale. In the emotional world a small thing can touch the heart and the imagination every bit as much as something impressively gigantic; a fine phrase is as good as an epic, and a small brook in the quiet of a wood can have its say with a voice more profound than the thunder of any cataract. Who would live happily in the country must be wisely prepared to take great pleasure in little things.

Country living is a pageant of Nature and the year; it can no more stay fixed than a movement in music, and as the seasons pass, they enrich life far more with little things than with great, with remembered moments rather than the slower hours. A gold and scarlet leaf floating solitary on the clear, black water of the morning rain barrel can catch the emotion of a whole season, and chimney smoke blowing across the winter moon can be a symbol of all that is mysterious in human life.” 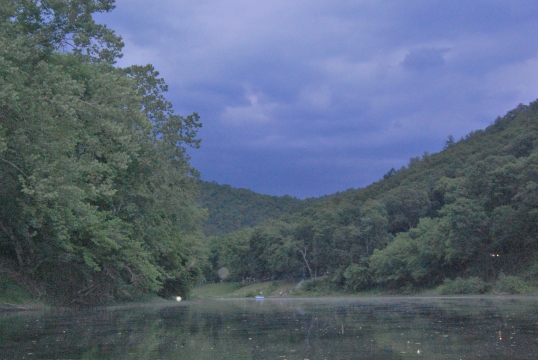 “Mommy, Mommy” he cried,
As best he could
Around the tubes that snaked down his throat
Pumping air into his lungs.

Why “Mommy”? thought his old man
Sitting at the bedside.
He immediately felt horrible for thinking it.
But there it was.

They said it must have been what he was yelling
As he lay on the bottom
Settled among the stoneflies, crayfish and slippery rocks.

Sun shafts sliced their way down to him-
Ladders for mayflies to climb.
But no one could see.
Minnows kept their distance
Snapping at the bubbles that rose.
Fewer now-and tiny.

It seemed too long when one of them
Finally found him-upstream from where they thought-
Gently curled and blue between two rocks
No deeper than six feet.
Traditional grave depth.

When he choked and sputtered-
Gave up the river on the shore
It seemed he would be fine.
That’s what the ambulance driver had said.

But it had been too long.
The nightmare of three days in a backwoods hospital
Only prolonged the agony
And cast shadows of regret and blame
That darkened decades.

The water that poured from the boy’s lungs that day
Flowed to join the North Fork where it sluiced through beaver dams, across gravel bars,
Then down to the Potomac, over the falls, and finally into the Chesapeake;
Across the gills of red fish, through jelly fish then north-
To ride the sun into the clouds and spatter as chill rain on a stony pasture
In the Scottish Highlands.

Big bass still lurk between the rocks where he had lain
So many years ago.
Now they are all gone-buried with their memories, nightmares and torments
While the river is still here. Still everywhere.
And minnows still dart after bubbles
That come from nothing.