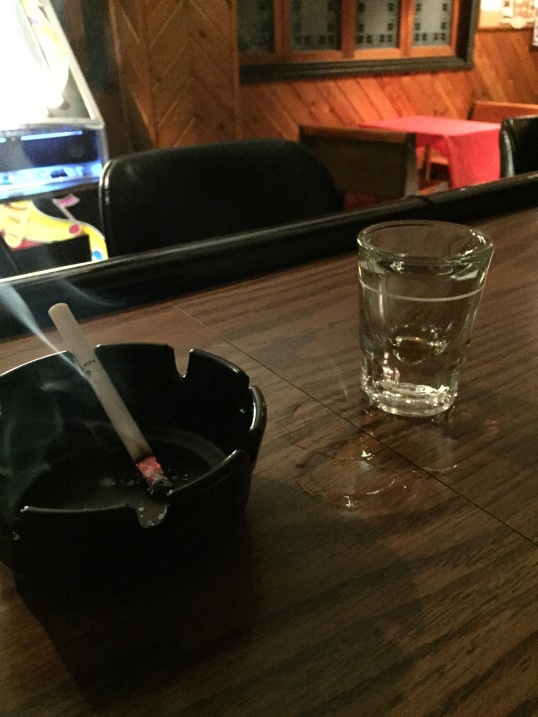 (A few years after The Boy Called Circo)

“You’re Circo, right?” His old rheumy eyes widened then blinked, trying to sharpen focus at the edges. He wasn’t blind by a long shot but back lighting offered a challenge.

“Nobody calls me that anymore”, Tommy growled low enough that only the one person could hear. He could have yelled it though, the place was that empty.

Tommy’s plan to slip unnoticed into a dark room and recharge between engagements had obviously gone to shit. He had come in tense and was not in the mood to become irritated. There was enough of that outside.

“He was too good”, Tommy said biting off the words. “Got fucked more than a whore by people taking advantage of him. Nice guy,” he sniffed and looked at the old man full on for the first time. “Maybe you did too, huh?”

“Not me”, he said sipping at a clear drink that half filled the highball glass in front of him. Unadorned by ice, lime or lemon it could have been water as easily as vodka. “I worked with him. Lost my truck when those developers declared bankruptcy that time.”

“Yeah-I’d a lost my house too but your Pap covered me.” He tipped his glass to Tommy before finishing it off in a gulp. “And I paid him back. Every cent.”

Tommy caught the piney whiff. Gin. “Way I heard it”, he said looking down at his own drink, “They paid ten cents on a dollar.”

“You heard right. They fucked a lotta people. Then two years later they were back in business with a new name.”

“That didn’t work out too well as I heard it. They had a problem with fires.”

The old man nodded slightly. “Had a lot of explosions too. Things kept blowin’ up for them.”

“They were careless people, I guess”, Tommy said.

The old man answered with a small shrug, rolling his palms upward.

“Like the beer. And I’ll make you a deal. You don’t call me ‘old timer’ and I won’t call you Circo.”

Tommy grinned tightly. He could see this guy working for his grandfather. Ballsy old prick that you wouldn’t see coming until he was in your pocket and it was too late. He shook the offered hand. Firm grip-some steel left in there. “Deal, Genesee”, he said.

“You got a second?” the old man asked. “I got a story about your Pap you might not a heard.”

Fact is, no, he didn’t have a second. He’d been late coming and going all day and this wasn’t going to help things. But really, in his business being unreliable now and again was almost a job requirement.

He waved the bartender over.