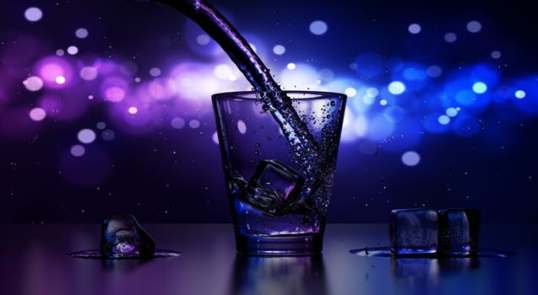 (Continued from A Visit to the Clinic)

Jessica’s phone buzzed with a text. It was about 3:15. She had avoided Dr. Greene for the day which wasn’t hard to do. She was a competent hustler and other staff were happy to make use of her when they were busy.

“Most spankable ass in the state,” came the reply.

Jessica actually let out a low moan. She had almost…..no, forget that. She hadn’t almost put it out of her mind. Her little escapade in the exam room this morning had roiled her brain all day.

“Don’t know if I can get free.” She texted back with a frowny face emoji that was definitely for effect only.

Jessica sighed long and deep, rubbing her temple which should have been worn raw by now. Before she could type anything, came the message: “No choice. Dish 4.”

Finished with her patients at 3:15 and still trying to make herself scarce, Jessica ducked into the locker room. She normally came and went in her scrubs but something about meeting somebody-anybody-at Dish, a high-end Italian fusion restaurant, called for something more than work clothes.

She quickly stripped and jumped in the shower careful not to wet her hair. Within 20 minutes she was in a short, denim skirt, bright floral top and sandals. She checked out with Selena in front and was on the street heading a short four blocks uptown.

The small dark bar was full even at four with sleek young men and women wearing shades of blacks and blues. Grey was the new white with this crowd and she suddenly felt like a Christmas tree light with her red and yellow top. She scanned the side tables and there she was-golden hair glowing in the sun peeking through the front window. Jessica was half-way to the table when Angie looked up and flashed her bright smile zapping her with the eyes. Jesus! Jessica thought and almost stopped walking. But didn’t.

Angie was writing in a small hard backed notebook with a slender golden pen. How long had it been since she’d seen someone writing in a notebook and not picking at a phone? A bottle of imported mineral water stood open at the table with a small glass-no ice-floating a lemon wedge. “You made it.” she radiated.

“Nope. None.” She closed the notebook and lay the pen atop it.

“What are you writing?”

“Documenting my day-if it’s not written down, it didn’t happen.”

“Some things I don’t have to write down to remember…”

Jessica felt the heat rise in her cheeks. “I know…but I feel I should apologize.”

“For what? Not to me. Don’t be silly-sit.” She nodded to the seat across from her. She seemed taller in her short skirt than she did in her scrubs. Her long coltish legs showed well as they slid beneath the table. She was no sooner seated when a waiter appeared at her elbow with a matching glass and lemon wedge.

“Thank you Bobby…” Angie said pleasantly. “Do you want a drink?”

“I can have what you’re having,” she said nodding at the water.

“Sure-that’s fine. But you should have a drink. A cocktail-something.” When Jessica hesitated, “I will if you will.” Angie watched her trying to decide. The girl seemed to be in a constant, if varying by degree, state of fluster. “Bombay and tonic”, said Angie prodding.

“It’s never the right time, sweetie. Always too late or too early. Best follow your own clock. And a drink would be good for you right now.”

“Why? What do you know?” Angie sipped lightly at her water without answering. “Am I getting fired? Dammit!-I knew it, all day I had a feeling…”

Angie poured water into the fresh glass and slid it across the table. Jessica took it.

“You’re not getting fired…”

“Would you stop? You’re not getting fired.”

They went silent and leaned away as the waiter set the drinks down in front of them. “Thanks, Bobby”, said Angie as Jessica grabbed hers and swallowed thickly.

“Ohhh…” She rubbed her temple again. “How am I not getting fired…?”

“Come on! You’re great at your job-they love you there. You just had a lapse. That’s all. I’m sure firing you never came up.” She paused and sipped at her drink. “Besides, there are other ways to punish naughty nurses.”

It took a beat or two before Jessica actually registered the words and her eyes widened. “What? What? No…”

Angie moved her head almost imperceptibly to the side-what passed for a shrug. Spankings around the clinic were few and far between. But they did happen. During her first week she had seen a nurse in the locker room with a bruised bottom. She had almost panicked and looked away quickly but could never settle in her mind how the sight had made her feel. Frightened maybe? Apprehensive? She did know that even now she could recall the dark spots and marks in perfect detail and she never saw that nurse again without imagining…

Then there was the time she almost died, when she barged into Dr. Greene’s office to find the receptionist-the one before Selena-laid out across the Doctor’s lap with her pants and panties bunched at her knees. Carrie, the receptionist, was a big redhead-not fat but substantial-with beautiful alabaster skin much of it on display just then. Dr. Greene looked up with flashing eyes and pointed a wicked hairbrush in her direction. “A knock might be nice, Nurse Raymond!”

“Doctor.” She hissed. “I’m not your home room teacher.”

“No Ma’am. DOCTOR, I mean….” She stopped speaking, her eyes pulled to the freckled white hip where it bent across the doctor’s knee. From where she was standing Jennie could see the edge of a bright pink smudge on the side of the unfortunate’s bottom and, despite her embarrassment, suddenly wished she could see more of it. Carrie’s hair hung as a thick curtain hiding her face but Jennie saw the woman’s fingers clawing and squeezing the carpet under her hands.

“Can I help you Nurse Raymond?”

She slipped quickly back out into the hallway realizing that she’d been staring and that she’d been noticed staring. Standing outside the door she heard a muffled word or two then the unmistakable SWAT! of paddle on skin. She jumped then heard it again, then again, each time answered with a small grunt.

The hallway was oddly empty for the time of day and anyone passing by would hear what was happening. And, with the receptionist desk untended, it would be no great stretch to understand who it was happening to.

After the fifth or sixth smack from inside, Jessica heard a whimper then a soft coughing cry. She suddenly felt conspicuous outside the door and couldn’t decide if she were spying or standing sentry. Either way, she didn’t want to be noticed out here and skedaddled down the hall to hide in the locker room for fifteen minutes.

That’s where her mind was when Angie reached across the table and touched her hand. “Are you still here?” she asked.

One response to “The Norwegians – Part 1”