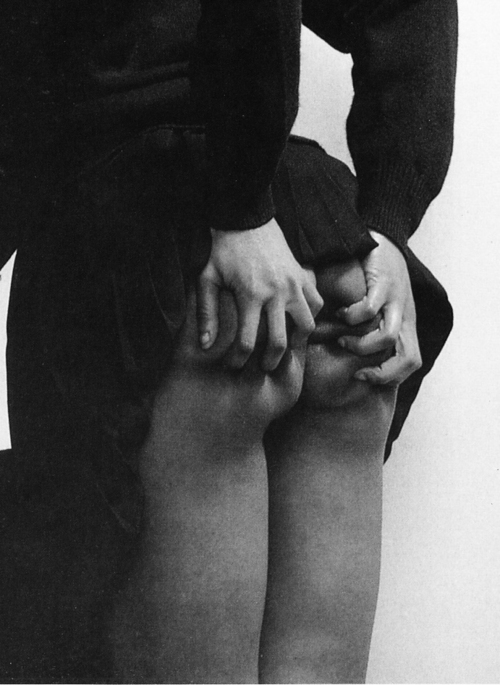 Brittany Jonze glided smoothly through the large open bullpen that was the physical-as well as creative center-of Brilliant! Advertising. She had been with the firm for nine years and was on her way to partnership but eschewed a glassy office along the interior wall to keep her desk among the twenty other desks and tables carefully scattered about. Strategically positioned couches and comfortable chairs coupled with low partitions of curving walls of glass block directed the flow. Everything random was by design.

Whether measured by client list, billings or awards, B!A was the top agency in the City and certainly the one everyone wanted to work with. Or for. They were high-tech, tightly run and paid very well for the very best people.

Annie Lemon was a typical new hire. Bright, recruited right out of college, what she lacked in sophistication and experience she more than made up for made up for in enthusiasm and an uncanny ability to read a customer’s wants-even when they weren’t sure what they were. Brittany had decided to hire Annie as her assistant within fifteen minutes of meeting her.

Right now though, as Brittany approached her desk, Annie appeared to be in a dither about to graduate to a full-blown tizzy. Brittany gave her space knowing it best to let her work things out herself and if she couldn’t, she’d come to her. It took no time at all.

“Hssst!” She whispered loud enough for everyone near to hear. “It’s gone!”

“The Hanson proposal-the whole thing! The new deck, the talking points, the budget, everything!”

Brittany shrugged. “Pull the backup and touch it up.”

Annie hissed the two words she didn’t want to say aloud, “No backup.”

The girl shook her head slightly while staring at the screen as if she had missed it on her pristine desktop. Or that it might just appear from the cosmic black hole it had slipped into. She felt hot, then cold then a prickling between her shoulder blades. She didn’t have to turn around to know her boss was staring holes into the back of her head. Jesus, the lecture was coming-and she dreaded it.

“Didn’t we just talk about backing up daily….hourly when you’re working on something hot? Didn’t we talk about that…when, Thursday?”

“Yes”, she said in an impossibly small voice that she hated to hear coming out of her mouth.

“And you said, what was it?…Let’s see…’You just couldn’t think about running backups when you’re ‘in the zone’ “, she made the big air quotes behind Annie’s head but put enough inflection into the phrase to know that she could feel them. “Are you in the zone now?”

“This was no white paper, this was no blog post, this was no brainstorming session. This is a proposal that will mean thousands of dollars in billings that was entrusted to you when you’re not even out of your probationary period. Entrusted to you. By me. By Carol” she waved her hand at the agency head’s office at the corner of the room.

Inside the glass box Carol had her back to the room gazing at the skyline outside the window. She was on the phone, her sandaled feet on the credenza behind her. Her feathered blonde tresses fell back over her collar as she leaned back a study in relaxed informality.

“Turn around and look at me…”

She wanted to cry but didn’t dare. Everyone was so excited when she got the job here-most couldn’t believe it and a couple counseled her against taking it. There would be too much pressure, was she ready to play at that level…Now, a scant three months later she would have to tell them all that they were right. Dammit! And it was so stupid.

“You let us all down, you know that?”

Annie’s eyes stung. “I’ll just have to tell her…” she said limply.

“You will. It will be painful, but you have to…”

“Do you think she will fire me?”

“I don’t know. I really don’t. I think the best you can hope for is a good spanking.”

Annie was silent a moment, trying to process what she had just heard. “Wait. What?”

“A spanking. A caning. A paddling…she has all the tools there in her office.” Annie’s head snapped back toward the room where Carol was just spinning back to her desk and taking off her headset. “It’s in your employment contract” Brittany said. “You signed it.”

“I…I thought that was a joke! My girlfrie….my friend said it had to be a joke!”

As a matter of fact, Brittany had a hand in writing up the employment contact some years ago. She and Carol and a couple of others after a boozy lunch had inserted the spanking clause as they called it into the sand-dry document as a bit of a lark. Then they left it there as a sign of the irreverence that B!A was known for. Most took it as a joke. Some took it seriously. All were dealt with in kind.

“You’ll wish it was a joke. The first time she spanked me…”

“You? Wait a minute. She spanked you?”

“Girl…” she paused and took a breath. “Yes. The first time was right over there-over that table. It was for something stupid I did…it wasn’t even that bad-nothing like losing a proposal. I was late on timesheets-for the second time. I just forgot, you know. But I was new here and she wanted to teach me a lesson.”

Brittany looked at her junior for just a moment-long enough to see that her eyes were wide and she was leaning in, her cheeks coloring.

“She came out of her office and came marching right up to my desk here. I felt her coming but didn’t look up, hoped she would keep moving, but she stayed right here. Looming. I looked up and she had this wicked hairbrush in her hand…”

“Oh Jesus-are you serious?” she asked gasping, real fear creeping into her voice.

“Serious.” Brittany spun the tale with gusto and feeling. “She’s like: ‘Get Up’ I thought I was going to pee myself but I got up and she’s like: “Get over here’…and I walked around the side of the desk here but I was shaky-my legs were actually shaking! I couldn’t believe what was happening.”

“Was everybody here?” she waved her arms to take in the whole of the bullpen.  “We were half staffed that day-and the half that were here scattered when they saw what was happening. Some stayed-kept their heads down. But I’m sure they looked.”

Brittany slowed in her memory-Annie waited a moment, then pressed. “What happened?

“What happened? You know what happened. She grabbed me by the arm. Right here”, she said grabbing her own bicep, “like she was my mother and I was a child-though we’re almost the same age right? Lecturing me the whole time about punctuality, respect for deadlines, I swear, most of it I don’t remember. She marched me over to the conference table, and if I had any doubts about what was going to happen they went out the window when she said, ‘Bend Over’. “

“Indeed. I kept waiting for her to say something-like, ‘just kidding’ you know? Nothing. So I bent over, put my hands on the table and she flipped my skirt up over my back.”

“Of course I was embarrassed. What do you think? But all the embarrassment and mortification went out the window with the first swat. SMACK! That hairbrush landed and I’ll tell you-I never had a coal pressed against my bottom but I can’t imagine it hurt more than that. Jesus…” she trailed off at the memory.

Annie looked furtively around the room. It wasn’t packed-there were offsite meetings today and many were still at lunch. “I should go tell her. Now, I mean. I’ll be able to recreate it all…but not by today…”

“Not by the deadline…”

“No”, she said dejectedly.

Annie stood and moved slowly toward the office in back, dragging her hand along every table top on the way-as if looking for something to hold her back. She seemed carried on a breeze as her steps were almost imperceptible. Lynette Cullen, a graphic designer had kept her head down during the exchange one desk away. She looked up to watch Annie’s solitary gallows march to what awaited her.

“You are evil”, Lynette whispered to Brittany.

“Deliciously so, don’t you think?” she answered with a wicked smile.

Carol was intent on the laptop on her desk and didn’t see the junior assistant to the creative director approach until she was tapping on the door. The woman looked up, her eyes wide behind her glasses. She wasn’t a beauty like Brittany but a good looking woman-well put together with a bright smile that lighted the office when she saw who was at the door.

Annie gulped and entered pushing the door closed behind her. She felt as if she was trudging up hill and her mouth was so dry she had to work at loosening her tongue.

“Oh?” The woman removed her glasses and leaned back in her chair.

“I can’t wait to deliver it tonight at dinner…

“Yes-Mr. Hanson and I have reservations at his club this evening. I’ll deliver it there.”

“There must have been a power surge last night because it’s gone and I had no backup. Now you have a dinner and no proposal. I can fix it-I can reproduce it from work notes, but not by tonight. I should have had a backup-I know that. Brittany has been telling me to back up….but I didn’t. God, I wished I had. I will from now on. But for right now, that’s no help and that’s on me. So…” She was babbling in a rush. She took a deep breath. “I know I have to be punished for this. I know that. I’m sorry and I should be. Sorry, that is. And punished.  I haven’t been spanked in years but whatever you need me to do. Bend over your lap, over the desk…”

Annie froze at the bemused look on the older woman’s face. Her heart sank. “You have no idea what I’m talking about do you?”

The smile that had slipped away during Annie’s confession returned to brighten the boss’ eyes even if it didn’t register on her lips. “Oh, I’ve got the gist of it. Honey, you’re pranked, not spanked.” Carol spun the laptop around so Annie could see that she had been studying the proposal. She had it! The relief washed over her like a cold shower. “I needed to see it this morning before you got in-Brittany gave it to me. Excellent work, by the way.”

She pointed to the wall of windows with her glasses and Annie turned slowly to see her team looking at her wide-eyed with delight, their mouths large O’s and their hands cupping their cheeks silently hooting in unison.

“I’m sorry….I….” Annie stumbled for a magic word that would make herself disappear.

Carol was slipping her glasses back on. “Yes, run along now…” Then, as she was almost out the door, “But wait, had it played out the way your evil director suggested, and you were to be spanked-what were you going to do?”

“Whatever you asked-but hoping you’d drop the blinds.”

She flopped into her seat next to Brittany. “Can I call you an asshole without getting my ass beat?”

“You are such an ASSHOLE!”

They all roared with laughter and Annie, deflated with relief was surprised that she felt a little…was it disappointed? As if a train had just left the station and she thought maybe she wanted to be on it….