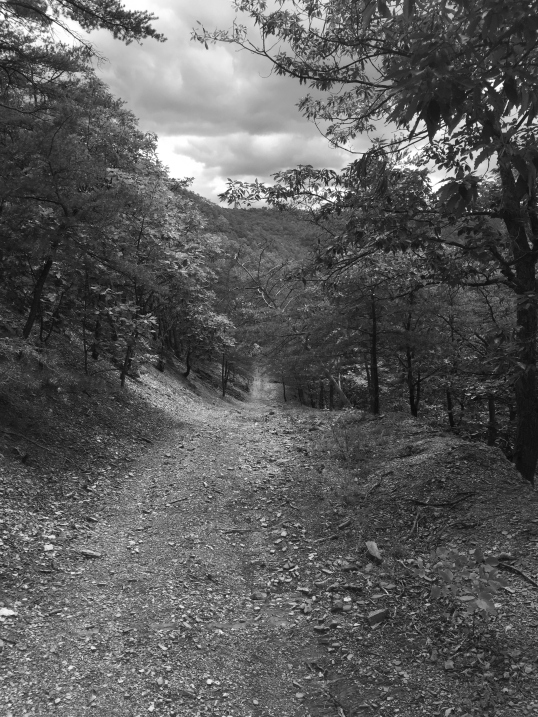 He slipped on the loose gravel topping the ridge and paused to squeeze the sweat out of his eyes. Then, when he opened them, there she was sitting on a deadfall where the logging road split. Her right pant leg had worked itself up, exposing her ankle and a little above. The patch of white flesh glowing brightly in the gloaming looked obscene somehow-like an exposed bone. He stretched and dug both fists into the small of his back regaining his breath. She only watched; interested but not involved.

Having finally caught up with her, he chose to avoid her eyes for a moment more and looked back the way they had come. It might be easier just to roll to the bottom and have someone find him later than to walk down.

She rubbed at her eyes and tucked loose strands of damp hair behind her ear. Her hands were no longer a girl’s hands. They looked long and chalky-almost translucent-like her mother’s. The veins on the backs seemed to glow blue.

He was comfortable that she wasn’t a child anymore. He knew that-had been reminded of that often enough. But she’s not this old-not as old as she looks. There should be a place between being a girl and being beat down by life. She looks to have missed that place.

She spat a short harsh laugh. “For what?” He didn’t have a ready answer. “You always thought it was you” she continued. “I admit I did too for the longest time. But I’m over that. You’re just a shitty little part of it. Just like me.”

That roll to the bottom was looking better and better.